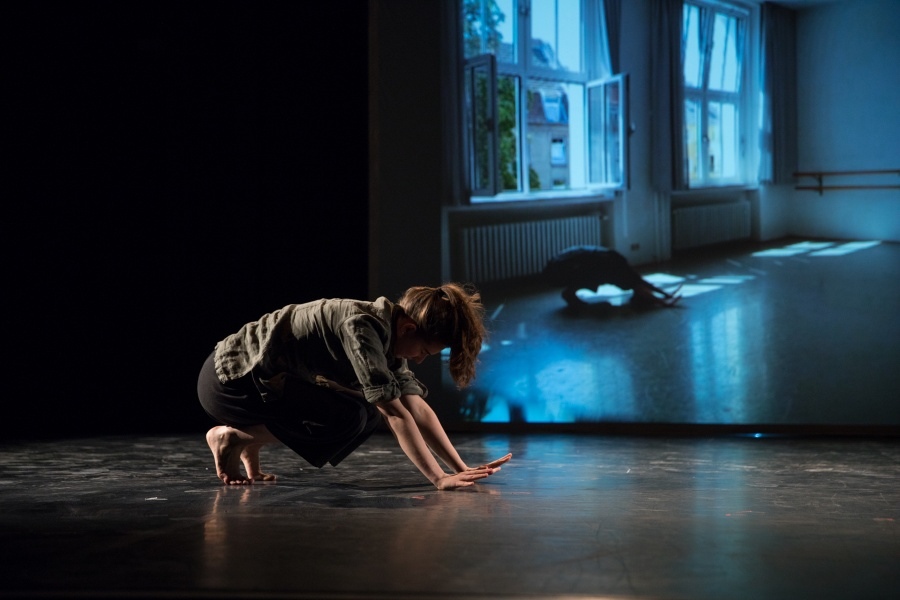 Don't Be Yourself: 7 Self-Portraits

The genre of the theatre essay moves in the grey zone between the subjective, the personal and the step into the fictional form. It plays with the fragmentary, is coarse-grained and unfinished, always asking the question: How does reality come about? How does identity emerge?

In this scenic project, eight young artists from the Ruhr-Universität Bochum, together with the director and author Boris Nikitin, deal with theatre forms on the boundary of the documentary, which at the same time negates the documentary. The works are both scenic sketches and performative self-portraits of the artists. But is there an aesthetics of the attempt at all?

In her performative self-portrait, Yana Novotorova researches the intwined relation between "eye" and "I", of what we see and who we are. Born in Russia, but raised in Ukraine, Yana investigates the phenomenon of national identity and the influence of the surrounding geographical and political landscape on its formation.